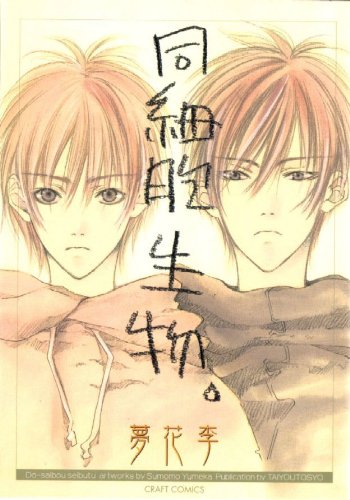 Art and Character Design: Yumeka-sensei uses simple character designs and lots of white space — in its minimalism, the art is somewhat reminiscent of Yukine Honami’s work — and the effect is often beautiful and striking. The panel layouts and framings, in particular, are well chosen and do a great job of immersing you in the gentle emotions and humor of each scene. The art’s simplicity, though, can at times get in the way of clarity, with our heroes often looking very similar — and at one point, it took me several pages to realize that a story I was reading actually concerned brand new characters! In addition, while the translation is excellent, the fact that the word balloons lack tails (and often even balloons) can also make it a little difficult to tell who’s saying what.

Characters: Believable teenage sweethearts. In one sense, they are almost universally variations on a theme — there’s the reluctant one and the not so reluctant one — and all have experienced a deep sense of loneliness. But each is given their own personality and quirks that are naturally revealed through their actions and the words of the story’s narrator — and there’s not a one who you wouldn’t want to spend more time with. In particular, the banter between the teenage leads feels real, with the same combination of sincerity and nonsense I remember spouting out and hearing myself when those first feelings of love became too intense. The dialogue captures these moments of insecurity and self-revelation in a way that is truly charming.

Plot: As light as a spring breeze. There are seven short stories in this book with four different pairings and each story unfolds through the eyes of one of the characters. Caption boxes narrate what that character is feeling and thinking and, as a reader, it feels as if you are peeking into some young guy’s diary. All the stories — even the ones that features a fallen angel — concern first meetings and first kisses and the narratives detail how these meetings develop into relationships of symbiotic bliss. There’s no real conflict to speak of — each story is essentially wish fulfillment — and the wish is for a young heart to finally — hopefully eternally — no longer be alone.

Romance: The guys are very young — mostly 16, but even the 21-year old teacher trainee is very innocent — and they are all experiencing their first relationships. The love they feel for one another is the ideal love we all picture in our heads before actually having tasted it ourselves. As such, it has a dreamlike, unreal quality to it and its “perfection” will probably feel fairly shallow to anyone who’s been in a long-term relationship themselves. If you’ve never felt love before, I would imagine the romance in this book will feel very fulfilling to you. But for the rest of us, it can, at best, only evoke nostalgia for that time when you thought that having true love in your life just meant finding the right person.

Overall: It’s a sweet book with sweet wish-fulfillment stories that will speak to those of us who pine to be in a relationship for the first time (or are, at least, nostalgic for that experience.) For the rest of us, there’s some fine dialogue and characterization with pretty art, but not much meaty to sink our teeth into. Buy it for that friend of yours who’s still on the outside looking in — she’ll thank you for it.

Rated by the publisher “For Young Adults 16+.”

You and I are alike, it seems. Not in appearance, personality or anything like that… I don’t quite know how to say it, but we’re probably alike in the passionate way we feel about each other. That is why we fell in love — I with you, and you with me.

These are the first lines of the book and I can’t think of a better way of describing the kind of love this book promises its characters — and its readers. It evokes a time in our lives when we believe that true love means feeling the same feelings and thinking the same thoughts as our partners and that tragedy in love involves misunderstandings, terminal illnesses or betrayal. It is only after we have tasted the fruits of relationship that we realize that true love requires connecting with another being who has their own very separate — and unique — mind and heart. And that the real tragedy of love… is when it’s not enough.

But in these pages, love is everything and it most certainly is enough. The book’s about very lonely boys who find that one perfect person who very quickly makes them complete. That’s its charm — and, I suppose, for an old curmudgeon like me, its failing. But it’s a failing that made for a very pleasant read in the end.

You see, there was a time in my life, too, when I was on the outside looking in — when all I wanted was to finally be in a relationship. A time when I knew for certain, that finding happiness was just about finding that one perfect person who would make me complete. And these stories speak very strongly to that young part of me. These wish fulfillment fantasies could very well have been my own.

And I really don’t know how old Yumeka-sensei was when she wrote these stories, but from reading the end notes, I suspect she was not much older than high school age. That would explain a lot in terms of the type of relationship it portrays. But despite its innocence, the book never feels juvenile. The dialogue feels fresh and clever, the characters feel like old friends. There isn’t really any conflict, but nothing feels deus ex machina. Really, it’s just a matter of perspective and I think this is one of the few truly for young adult “Young Adult” yaoi books I’ve read.

I suppose you could argue Same Cell Organism is a bit too innocent for those of us over the age of 21 — and I guess I’ve done just that — but truthfully, I enjoyed reading it and it has gotten me thinking — and reliving — a time in my life I had long forgotten.

And that alone, for me, makes it worth the time spent.

For a simlar — but less charmed — perspective, check out Jen Parker’s review over at Yaoi Suki.

And hey! Want to read more reviews like this? Don’t miss out! Subscribe and get them emailed right to you — for free!