So on Saturday, TheYaoiReview (recently moved to San Francisco) took me to a BBQ at Deb Aoki’s house. It was a delightful time with tasty food (chicken and edamame rice!) and fun, geeky conversation that lasted several hours. Gia of AnimeVice was there — as vivacious and trenchant as I remember her being from previous YaoiCon encounters — as was Jason Thompson, author of the must-read Manga: The Complete Guide, who greeted everyone, including yours truly, with an enthusiastic and sincere “Wow! You’re the one responsible for (the Yaoi Review/Yaoi 911/Kasumi/etc.)?!” (Very flattering — must remember to invite Jason to all future BBQs I attend…)

The ride up with TheYaoiReview — quick-witted, insightful and stylish as ever — afforded the opportunity to deepen a friendship with my new neighbor while opening up my mind to stunningly novel uses of cream cheese (and I thought it was just for bagels!). Once arrived, I sat next to the delightful Surt Lim, writer of the Del Rey fantasy-shojo manga Kasumi, and swapped stories about the benefits and pitfalls of being a Western writer working with foreign artists — a rare and validating experience. And I finally got the pleasure of meeting About.com’s Deb Aoki in person and discovered she is a wonderful, generous host with a private manga library whose bookshelves rival those of Kinokuniya Bookstore in San Francisco’s Japantown. So generous a host, in fact, that she wouldn’t let any of us leave without placing some personally-selected manga choices into each of our hands and thus I wound up leaving the party four mangas richer than I came. (Thanks, Deb!) So, I thought I might take a few moments to give some quick reactions to a couple that I’ve read during my Sunday recovering from all the fun and food. 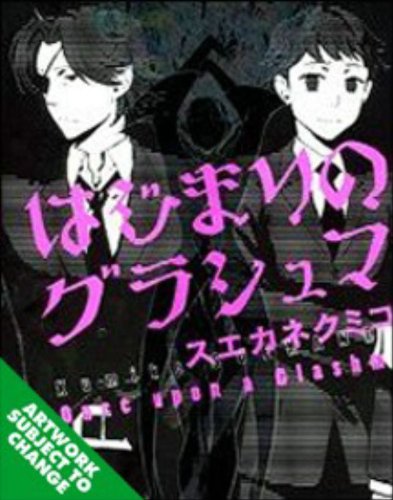 Once Upon A Glashma was the first book I sunk my teeth into — the tagline of “Before wizards or magic, the world was filled with girls. But one day, the girls disappeared and only wizards remained…” was intriguing and the art was just too adorable to resist. Alas, adorable art is all this book has to offer. First of all, despite a cover that screams taciturn seme and cuddly uke and a premise of “a world without girls”, this is not BL. Rather, it is what I what I like to call faux-BL: a completely slashable premise with no sex, no kissing (of other men, that is) and only the vaguest, most easily deniable innuendos that some guy-on-guy loving might be occurring somewhere far, far off-stage.

Second, the story is a confusing mess with clichÃ© relationships. The first chapters throw us in the middle of the action with little explanation — our heroes, magic-investigating government agents, are seen fighting a dragon, wrestling with an exploding man or fighting a trash monster with almost no set-up — and the resolutions that are offered to these crises feel rushed. The artwork, while beautiful, unfortunately makes the action difficult to follow and the characters’ behavior — mostly consisting of hot-tempered “sempai” Gotanda bullying wimpy underling Nippori — is consistently baffling. (Why exactly does Gotanda treat Nippori this way? He’s seems to have done nothing to deserve it. I constantly had to refer to previous, better written works in my head for an account of why these characters would treat each other as they did. [“Oh! I bet here she’s going for an Roy x Ed dynamic but with a bit of Al thrown in…”]

This manga has a ton of great ideas and intriguing characters, but creator Kumiko Suekane just doesn’t take the time to flesh them out. Even the obligatory humor chapter — where a bunch of frat boys try to convert our heroes into beautiful girls complete with maid uniforms — feels perfunctory and rushed. Only in the second half, when we start to learn the reason why all the women have disappeared, does some form of coherent storytelling start to take hold — but even in these final pages, the answers feel hurried, one-dimensional and clichÃ©. I would love to read a well-written fantasy-yaoi with clean-lined characters as cute as the ones depicted in these pages — and perhaps if this had been three volumes instead of one, that could have happened here — but I can only recommend this book to you if don’t have to pay for it and you are desperate for reading material. As one reviewer put it, “read it at Borders.” (For other takes, the author of MAYBE YOU’RE LOOKING FOR ANOTHER BLOG finds the book “craptastic… in every sense of the word.” Otaku News has a bit more patience with it.) 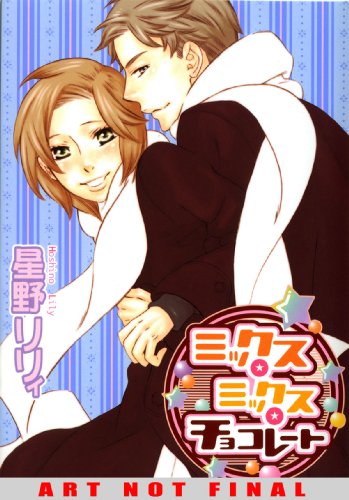 Chocolate Surprise, on the other hand, is very much true BL where the seme is always the dark-haired one and the ukes always, always cry out “No!” during sex (no matter how much they were begging for it in the beginning). A collection of nine short comics, the character art is nowhere near as good as Suekane-sensei’s Once Upon A Glashma — not only is the linework somewhat dull and predictable, the ukes are very, very feminine, often chicks-with-dicks level feminine which kind of makes you wonder why Lily Hoshino bothered telling these as yaoi stories at all. (As one woman at the BBQ put it, “Hoshino-sensei should just throw a skirt on the uke and be done with it!”)

That said, the sex is as explicit as I have ever seen in yaoi, in all senses of that word — not only do you get hard-core activities, but what’s happening is always clear and almost nothing is obscured. You get to see it all — including pubic hair, a rarity in my yaoi journeys — while the sex still manages to hold on to the delicacy and sweetness we would expect from a yaoi work (with these tender first encounters, no one would ever mistake this for bara…) I have to admit it — despite the feminine (and often very young) depictions of some of the characters, I did find many of the sex scenes actually hot — and if it’s enough to get my motor running, I would imagine that hard-core yaoi fans will need to keep some extra heart medication on hand, just in case. Finally, the storytelling itself, while not especially memorable (each of these stories are first-time love encounters involving one very interested boy and one not-so-interested-oh-I-guess-I-really-am-interested boy) is solid with often quite satisfying endings (narratively as well as romantically).

I wouldn’t buy this book for a night of great literature, but if you can get past the feminine character art and are looking for a little one-handed meditation, it’s definitely worth your $12.95. Gay boy Alex says “Check it out.” (That said, while it got my boat afloat, Connie C. of Manga Recon was “singularly unimpressed” with the book, finding it “explicit in a way I was not comfortable with”. [Perhaps highlighting a gay boy/fangirl divide?] Read her short take for a different perspective.)

Ultimately, I found myself wanting the best of both books — the lovely artwork and cool ideas behind Kumiko Suekane’s Once Upon A Glashma coupled with the more accomplished restraint and actual guy-on-guy loving found in Lily Hoshino’s Chocolate Surprise. Who knows — perhaps I’ll find what I’m looking for in the other two books Deb lent me: Saemi Yorita’s Brilliant Blue and You Higuri’s Ludwig II. 🙂